Webmaster’s note: Very exciting guest post here! We’ve got a play by play of watching this movie from a friend of mine! Enjoy!

That Catholic priest outfit. Couldn’t they have at least gotten something that fit that guy? It’s like the costume is trying to strangle him! “Get me out of this movie!” it says.

Priest guy seems a little TOO eager to see his parents.

It says “VFX: Car on fire”. Could priest guy’s scream of “Nooooooo!” be any shriller?

“It’s what parents do. They die on you.” Senior priest guy says. Someone has to start the slow clap for the country’s worst counselor.

I’m only two minutes into this movie. Cthulhu help me.

Pastor guy is driving intensely while some rock song plays. It appears there’s someone in the car other than the pastor guy! I kind of expect him to turn around and scream a girly scream seeing that black blob thing next to him. Get that car to an exorcist!

My cat has puffed up and hissed at the monitor. That’s a first for her. It’s an omen.

Some bad guy pulls back a bow and arrow just slightly. This is enough to make it go through the victim who of course is in white. Lots of dramatic flailing around and screams while in the death throws.

Victim has a bow sticking out of her and pastor guy asks “Are you hurt?” He also asks if China is East? This guy would suffocate if breathing wasn’t an involuntary reaction.

Because of course pastor guy gets burned by the magic Velociraptor tooth! Who made that thing anyway? Clearly no research what so ever was done on the size of their choppers! Utah Raptor, maybe, but would it kill them to do some research? Yes. Yes it would.

Pastor guy faints and magically wakes up in a room. Nope, it was all a dream!

Older pastor guy is racist. Because, of course he is.

“Feed a fever, starve a cold.” Older pastor guy is good at giving out bad advice. Wait, WHAT is his body count? How many people has he killed with his advice? This might take a dramatic turn yet.

So they introduced the prostitute and the pimp. Prostitute has a heart of gold and the pimp is a jerk. Could they BE any more stereotypical?

Pastor guy now in Velociraptor form kills off mugger by waving his jaws at him. The Velociraptor is trying eat and/or hump the mugger. I’m not sure which.

This dinosaur prop is bad. I mean even toy companies wouldn’t use it for a model for their dinosaurs bad. Did they even use paper-mâché

I’m only twelve minutes into this movie?? Son of a…

The Velociraptor threw a bald mannequin head at the prostitute! Bastard!

It’s yet another dream!

Prostitute is trying to seduce pastor guy! She describes last night as “weird”. That’s the understatement of the century!

Pastor guy is wearing a bright orange sweater dress. It’s not his color. Best not be dying in that dress otherwise that’s what you’ll be wearing for all of eternity!

Pastor guy goes from just wearing that sweater dress to magically having black underwear under it!

Pimp goes to confession. Pimp is the one who killed pastor guy’s parents. Pastor guy’s arm turns into that of a Velociraptor. When did this power happen? How would you go about explaining that? Pastor guy kills pimp. No one dies quick as pimp has multiple death throws and screams.

So now a group of Chinese ninjas are drug lords? Can none of them laugh without sounding like they’re being strangled?

Older pastor guy said a naughty word! I shouldn’t have laughed as much as I did.

Pastor guy is told he needs an exorcist. Give this movie and exorcism!

And now the drugs are kicking in. Pastor guy is hearing voices asking what his parents would think. Everyone is followed by a heavenly glow.

The jump cuts during a single scene are mind boggling.

War buddy went through the war without being hit and smiling. Famous last words. Aaaaaaaaaaand he dies! Cure the horrible “No!” screaming.

Older pastor guy imagines he sees his girlfriend. She comes running to him and immediately explodes. He’s covered in ketchup! I’m insulted by the lack of the mannequin head! One soldier says “I don’t think there’s anything we can do for her.”

Close up of the Velociraptor’s hands! Thank you Prehistoric Thing.

Pastor guy is wearing gloves to look like Velociraptor hands! Why am I being reminded of old timey cooking shows? Oh, and he kills old pastor guy.

“What have I done?” Indeed.

Aussie Ninja guy has to write down notes on what to do.

Pastor guy is worried about hurting people. Prostitute says she knows “here” that he won’t hurt good people. She knows in his boob? Explain, movie! Explain!

Aaaaaaaaaand pointless sex scene montage. Complete with bad lighting, crappy music, and other stuff! We’re getting a bad visual montage of the past forty minutes in hyper speed. Just turn into a Velociraptor already and eat everyone!

Cthulhu HAS abandoned me. Flying Spaghetti Monster, you owe me!!

These ninjas are the worst ninjas ever! They get their asses kicked by a prostitute and pastor guy! Cue make out session. No calling the cops or anything like that?

So it’s Christian ninjas bent on world domination?! Why can’t we see this movie?

How many commandments has pastor guy broken? I forget. I think he’s broken ones that aren’t even listed!

Pastor guy has a brother that everyone magically forgot about! Young ninja guy confronts him. Trying to reference Star Wars.

Young ninja guy is chewing up the scenery so well he grabs a tent and proceeds to chomp down on it!

Prostitute hits ninja with her purse and he flips over. What is she carrying in there?

A kick to the crotch is just like a bug bite! Nothing to it.

Pastor guy now has telekinesis. Because, of course he does.

Pastor guy stabs ninja guy in the belly. Both yell and it sounds like they’re trying to say who sounds more like a chain saw. Watered down tomato soup goes everywhere.

Black ninja guy looks like he wants to run out of the movie. Me too, buddy. Me too.

Prostitute is hit by a sword. Everyone stands and watches as pastor guy goes to her. Yeah, just stand there and not do anything while she’s in her death throws. At least they’re polite about it.

And she dies…but does anyone ever die in this movie? Ever??

Aw, the ninjas are sad over prostitute’s death.

Pastor guy says something. Ninjas stare blankly at him.

Pastor guy turns into the Velociraptor. I had to pause the video because I’m laughing so hard. You can see where the guy’s head is in the costume! Even Gorn is going “Bitch, please!”

Of course the ninjas can’t hit him.

Yet another kick to the groin. Because reasons.

An arrow to the leg makes pastor guy turn back into a human instantly! Why didn’t they try this before? Seriously? Did no one think in this movie? Nevermind.

Pastor guy rips off old ninja guy’s head and holds it up like a trophy. I think ninja guy is watching his agent waving a paycheck at him.

Having a Ghandi quote about ending violence. The irony is palpable.

Pastor guy suddenly realizes that he forgot about prostitute. Naturally she makes a full recovery because no one ever dies in this movie!

The thirties called, Doc. They want their old timey doctor stuff back.

Prostitute is fully clothed underneath a paper hospital gown! HOW did she get to pull that one off?

Threats of more Christian ninjas wanting to take over the world! Why couldn’t we have had this movie? It would’ve been so much more interesting!

Where I found it: I saw it mentioned on FaceBook and then went to search for it.

How much I paid for it: Zero. I watched it for free on Amazon Prime.

The Money Shot: The props are so laughably bad. I’ve had to pause a few times because I was laughing so hard. 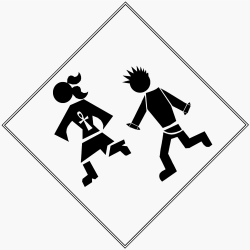